My daughter started CS major in her sophomore year and will be a junior student next year. She got her first commissioned drawing task by partnering with a professional she met at the Senior Exhibition before her high school graduation. Later she began to take commissions from online when she was on breaks. I'm showing here some of her commissioned and other drawings since around two years ago. They are not perfect, but she's been gradually improving and trying to find her direction. 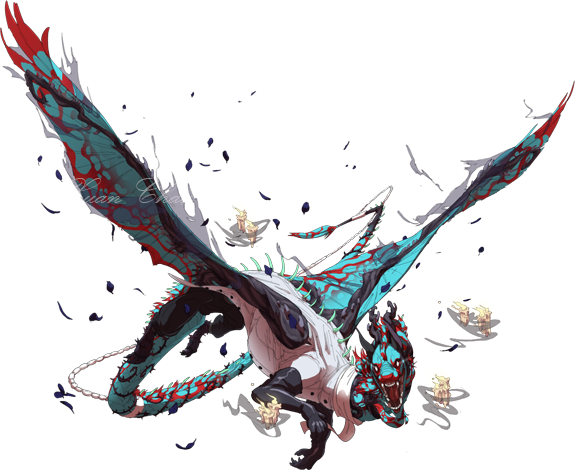 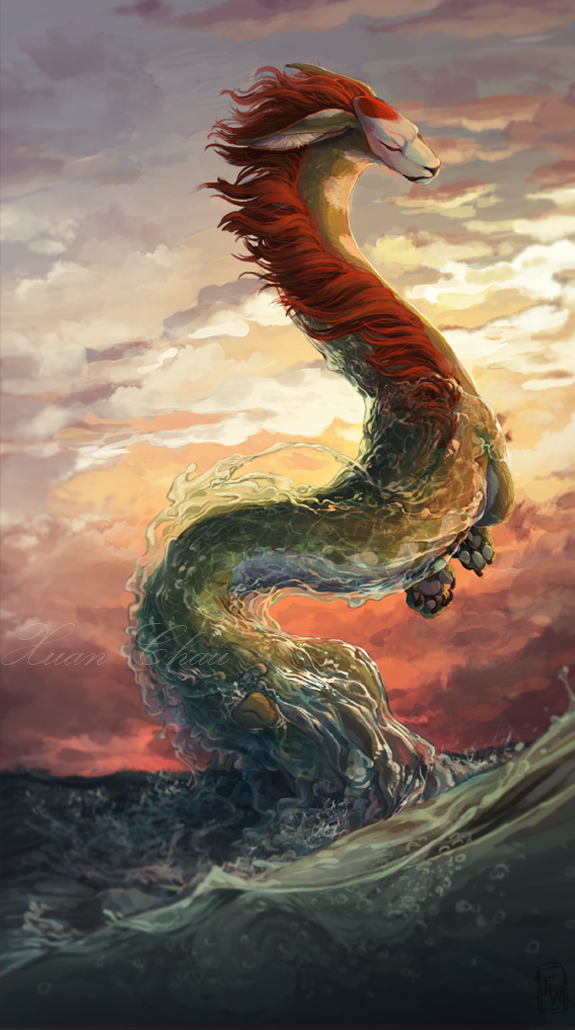 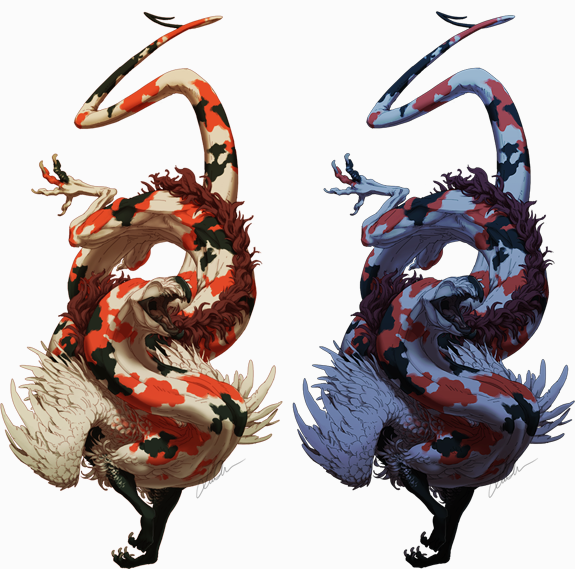 The following are some drawings from a project she took on from someone she met at the Senior Exhibition two years ago. The assignment is about a role-playing game similar to the classic Dungeons and Dragons. It involves players representing their own "characters", who have particular skills, traits, and equipment. So far, she has illustrated the various "classes" of characters players can choose, such as the Ranger, Rogue, and Elementalist. At this point, each class only has one illustration - either male or female, the opposite gender might be added at a later time.

It was pretty challenging at the beginning since she never had training in drawing and it was her very first time designing humans and their costumes. I'm glad she was able to pull it out relatively well in the end. 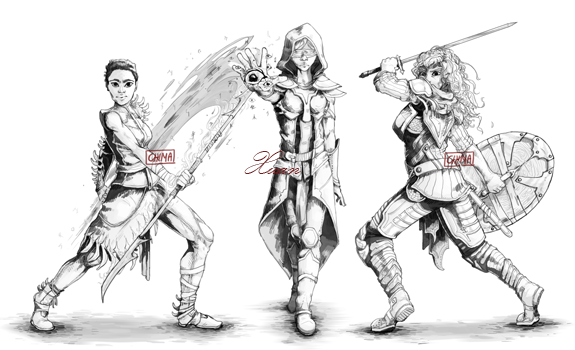 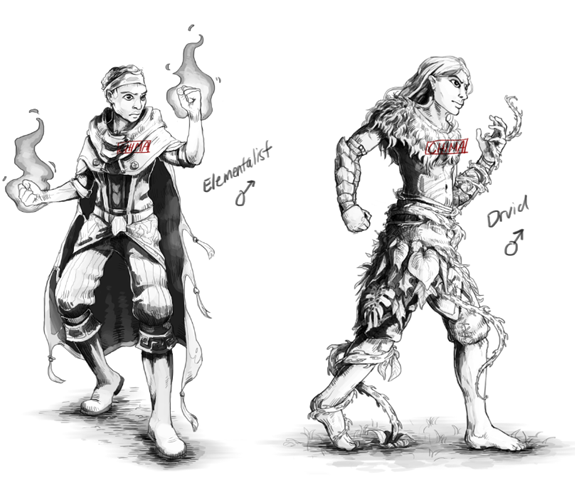 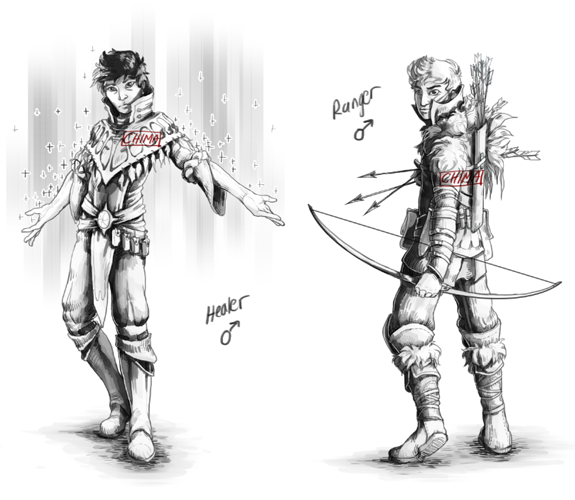 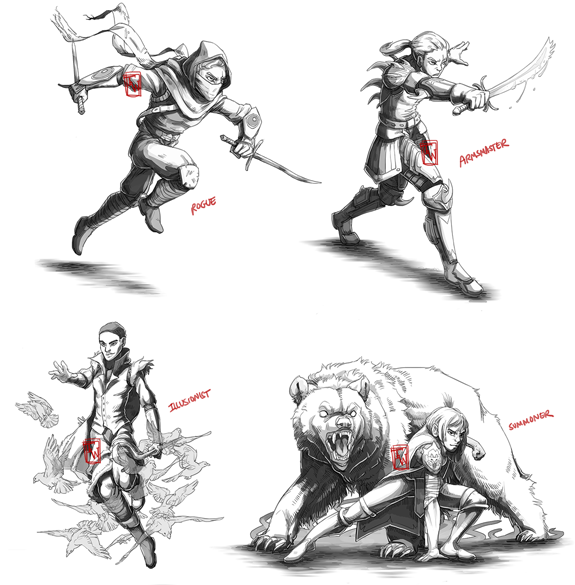 Sketches for the above drawing: 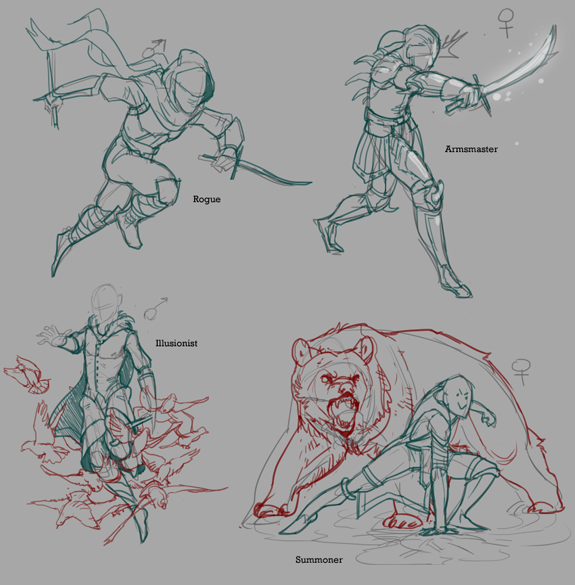 She's also completed the weapon sets of illustrations, which will appear as small icons on equipment cards for players to use. She designed every weapon based on the game requirements.

A couple of more random drawings she did for fun the past two years: 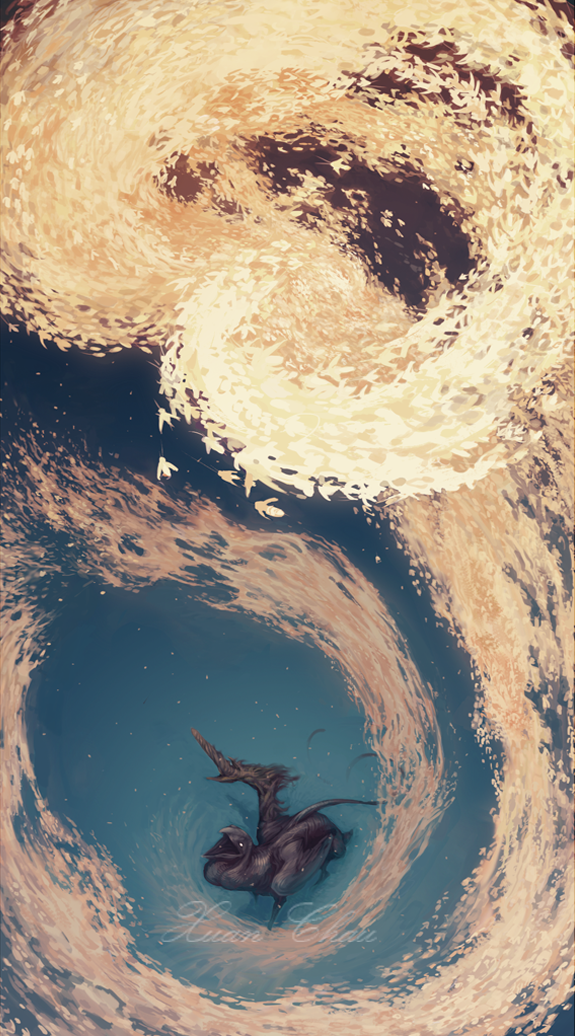 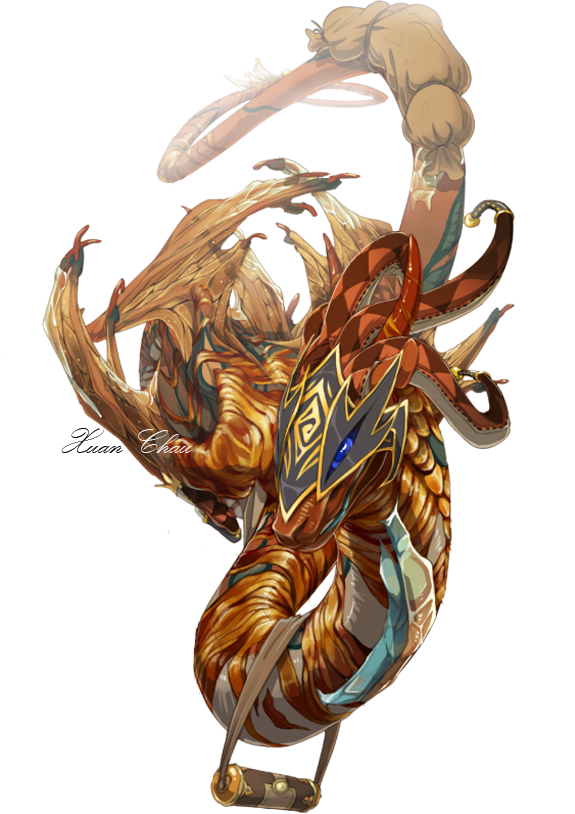 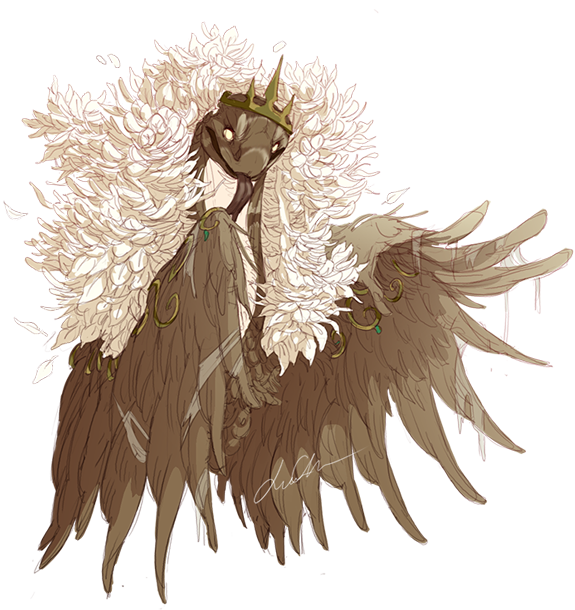 Email to a Friend (发邮件给朋友)